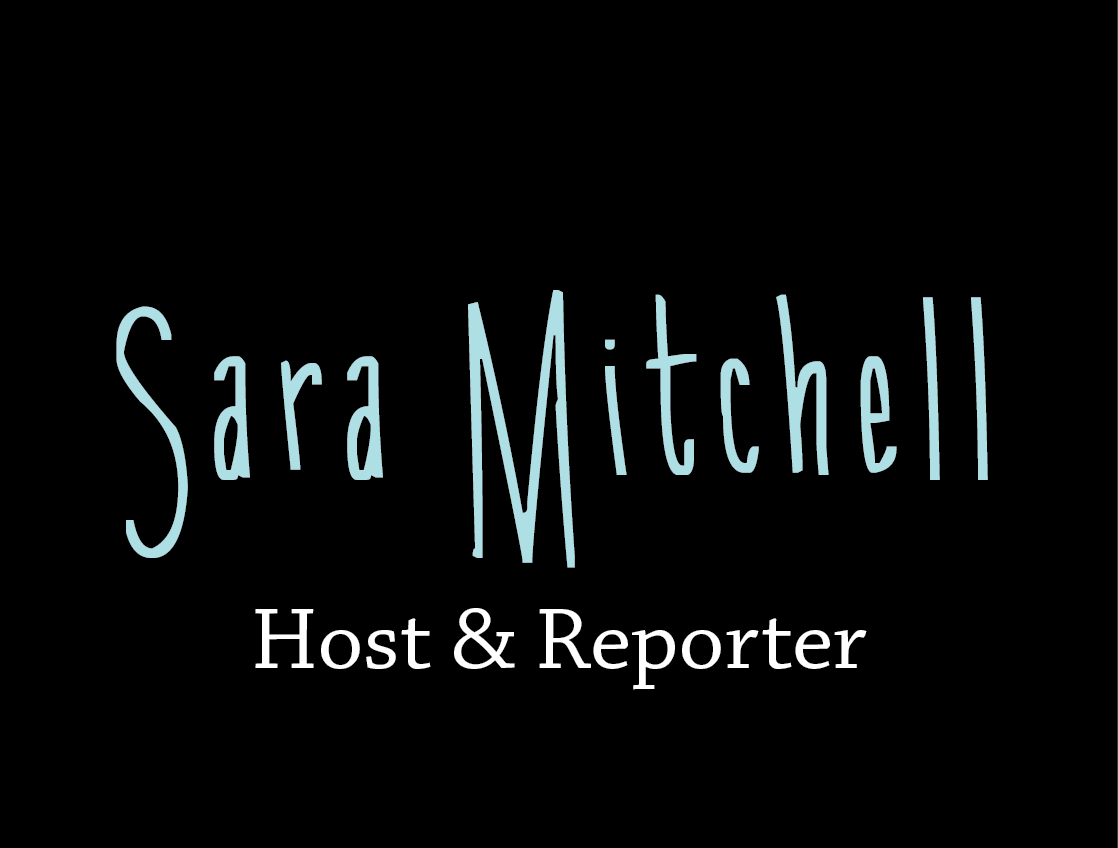 A great day was designed to help women understand more about the positions, skills, and game of football in general: Butch & Barb’s Women’s Football 101!

It was my pleasure to host the event where over 650 Vol football-loving women gathered to learn a little more about the great sport of football. The best part is we were learning from a phenomenal group of coaches and their wives. Proceeds from this Women’s Football 101 benefited the UT Alliance of Women Philanthropists and the Tennessee football Personal Development program. 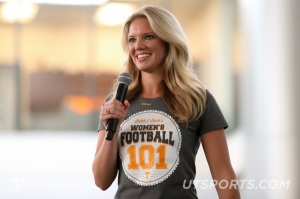 We were in for a treat with tours of the Anderson Training Center that included the training room, weight room, and the Peyton Manning locker room. The women later met in the team room where we had a Q&A session with Butch and Barb Jones and concluded with a reception in Neyland Stadium.

We laced up tennis shoes and took Haslam Practice Field for a simulated Volunteer practice, minus the cleats and pads. There were drills set up, led by their respective coaches and assistants.

Offensive coordinator Mike DeBord led the quarterback throw where I hit the bull’s eye! Thank goodness I took pointers from Quarterback Josh Dobbs during spring practice.
I got the nod from Running Backs coach Robert Gillespie as he taught us to “get low, eyes up, chin the ball” during the RB drill.

Over to the defensive side, Defensive Backs coach Willie Martinez put his wife, Kim, and me to the test with the shuffle drill.

At the double horn, everyone shuttled to Neyland Stadium for a time of refreshments and a final word from Coach Butch Jones on the Tennessee Terrace. The eruption of applause and excitement came as Coach Jones entered the room where he was greeted by Women’s Football 101 attendees plus their guests who joined for the reception. The discussion continued about the countdown until the season opener against Bowling Green in Nashville, the incredible impact Vol Nation has on Team 119, and the giddiness of Volunteer spirit as we approach fall camp and football chatter.

It was a privilege to host such an outstanding event where women from near and far came to learn about football, snap photos, and meet their favorite football coaches. It is truly “great to be a Tennessee Vol!” 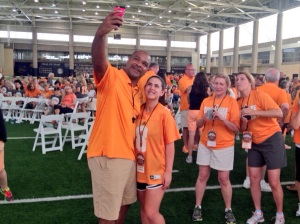 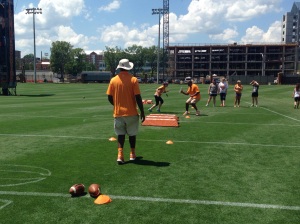 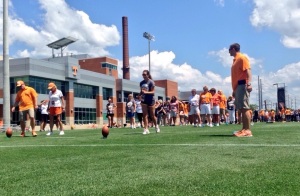 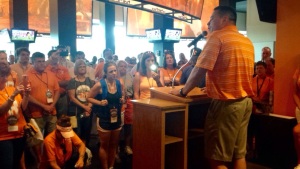 Coach Jones closed Football 101 with a new chant…be on the lookout for a new #Vol cheer coming this fall! 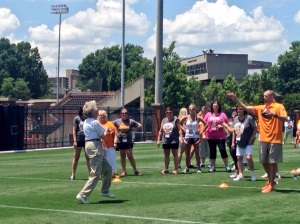 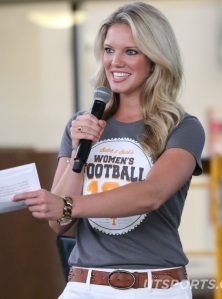